Rabbi Lopatin Speaks Out in Response to Mosque Shootings

On Sunday, March 17th, DCCD founder Rabbi Lopatin was among the speakers at a gathering in response to the New Zealand Mosque shootings.

On Friday (March 15th) he joined other rabbis in attending a Friday afternoon service at the Muslim Unity Center in Bloomfield Hills, MI to show his solidarity with the Muslim community in response to the shootings. The above picture was taken after the service.

40 people attended the program, featuring a mixture of hijabs and kippot, Muslims and Jews, and students and community members.

DCCD founder and director Rabbi Asher Lopatin introduced the panel, connecting it with the mission of DCCD, which is to bring different groups together to solve shared challenges. He also announced the DCCD’s Civil Discourse Fellowship for Wayne State Students starting in September 2019. The fellowship will accept students of all backgrounds, though it will focus on bringing Muslim and Jewish students together.

The panel began with Prof. Howard Lupovitch, Director of the Cohn-Haddow Center for Judaic Studies at Wayne State University. He spoke about the pride that Jews of Yemeni descent have in their Yemeni culture. He also noted that, while their practices are largely similar to those of other Jews, Yemeni-Jewish tunes, pronunciation, and other customs are distinctive of their unique, Yemenite heritage.

Prof. Saeed Khan, professor of Near East and Asian Studies at Wayne State University spoke next, presenting a geopolitical history of Yemen and a brief overview of the current conflict in Yemen.

The next panelist to speak was Ashley Attar, Community Activist and child of Yemeni Immigrants to Israel. Ashley added a personal dimension to Prof. Lupovitch’s discussion of Yemeni-Jewish culture and history, accompanied by pictures of her ancestors in Yemen. She spoke about her family’s foods and dress, as well as their immigration to Israel.

Emad Shammakh, the Vice-President of the Yemeni American Leadership Association and a student at Wayne State University was the final speaker.  He addressed the current civil war in Yemen and how a sizable percentage of the people of Yemen are malnourished and have no access to medical care. He also spoke about the importance of different religions coming together as human beings to solve this crisis.

After all panelists spoke, they took questions from the audience, many of which sought further details about the conflict.

The program concluded with a Kosher reception sponsored by the JCRC-AJC and the Ravitz Foundation, which enabled an extra hour of personal discussions, frequently between Muslims and Jews, or Arabs and other Muslims,

Here is a link to the video of the panel:

Here are some pictures from the panel:

On Tuesday, January 22nd, the Detroit Center for Civil Discourse partnered with Detroit Public Schools, the Detroit Public Schools Foundation, Hillel Day School and Farber Hebrew Day School to organize a National Day of Racial Healing. Around 500 7th and 8th graders hailing from a diverse range of schools and communities (black, Muslim, Latino, Jewish, and white, and many other ethnic backgrounds) in the Detroit Metro area came together for an inspiring program at Cass Technical High School. The schools participating included Paul Robeson Malcolm X, Davison, Academy of the Americas, Franklin, Hillel Day School, and the Farber Hebrew Day School. They were divided into smaller groups such that every school was represented in each group.
The students were treated to a powerful performance by five high school members of the Mosaic Youth Theater of Detroit, a performance arts group for children and teens in Detroit. Their play, “Socialization Stew,” tackled the subject of prejudice and stereotypes towards other communities. After the play, the cast members took questions from the students on their experiences of preparing for and performing the play.
Soon afterwards, the students broke for lunches meeting their respective dietary needs like Halal and Kosher. Over lunch, each group was led by a volunteer facilitator who guided the students in getting to know each other and discussing the play.
At the end, the students wrote their own ideas for hashtags describing the event, among which were #inspiring and #unite. All of the students found the program inspiring.
We’d like to thank Jenny Lewis for also helping to organize this unifying program, as well as well as the 22 volunteers who served as facilitators. We’d also like to thank the Detroit Public Schools Foundation for funding, and the Kellogg’s Foundation for donating the snacks. Last but not least, we’d like to thank Cass Tech for opening their doors, and the schools participating.
In the words of our founder and director, Rabbi Asher Lopatin, we are “so excited to part of a growing effort to unite the Metro Detroit area with the City of Detroit–in all of its diversity.”
Below are some pictures from this beautiful event: 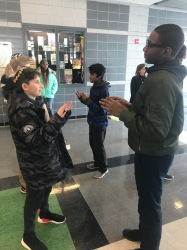 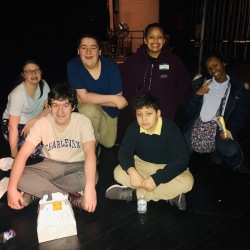 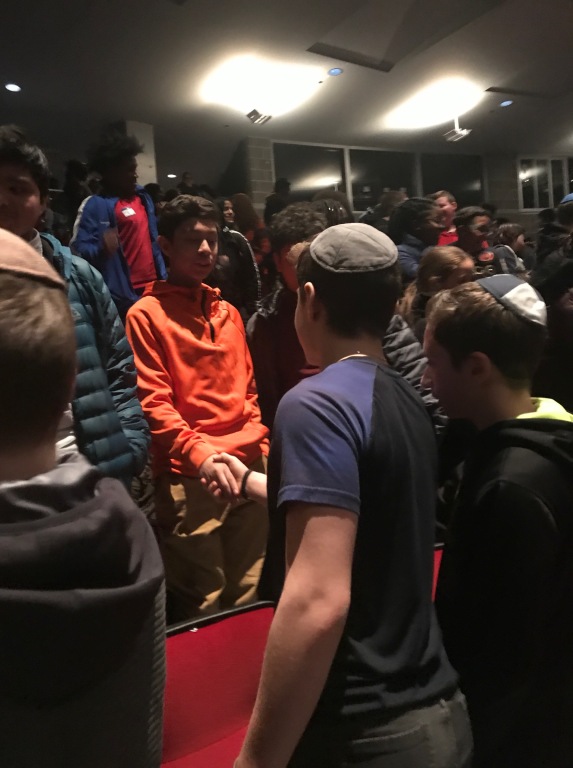 Rabbi Lopatin’s visit to the Yemen Consulate in Michigan 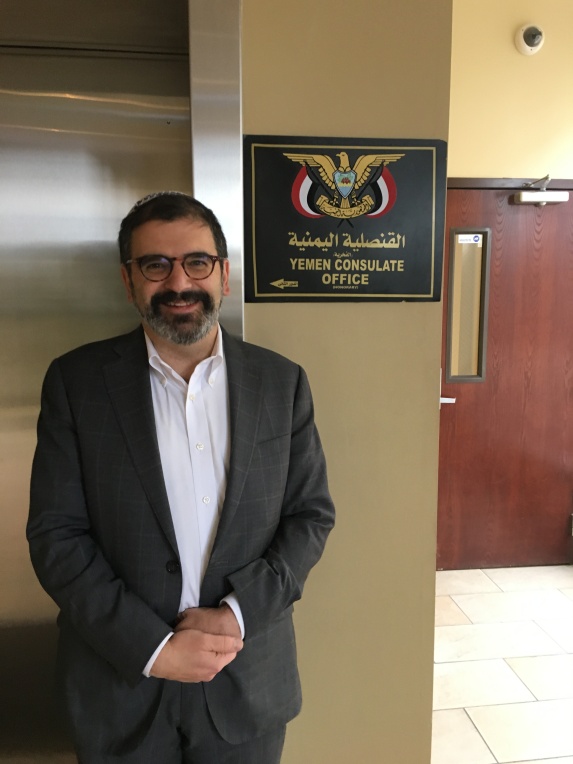