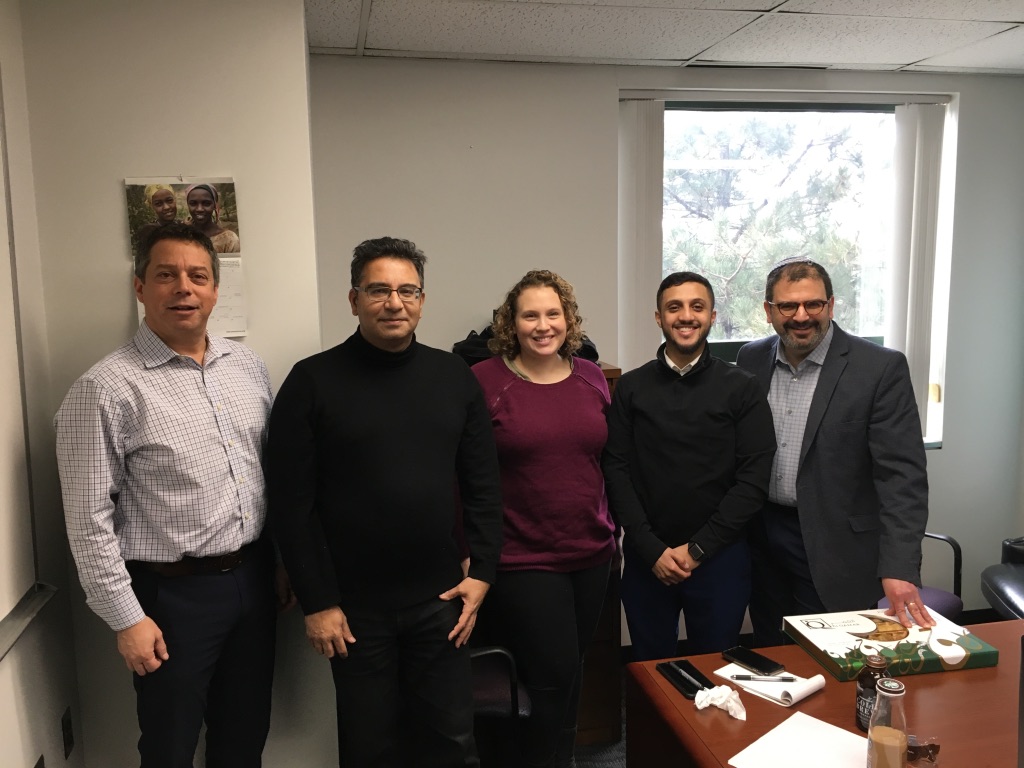 Ariana Mentzel is a graduate of Michigan State University where she earned her BA in International Relations with specializations in Muslim Studies and Jewish Studies. During that time she studied abroad in Cairo, Egypt. Upon graduation she worked as the Assistant Director of the Michigan Anti Defamation League. After which she earned her Master’s Degree in Government and Diplomacy from the Interdisciplinary Center of Herzliya, Israel with a specialization in Conflict Studies. During that time she was part of the university’s SPIRIT Initiative team that presented their project proposal on peace-building in Afghanistan at the United Nations in New York City. Ariana also partook in Between Four Eyes, an E-Diplomacy project with graduate students in Kigali, Rwanda and spent time in Rwanda focused on Genocide education, government relations, and community work. Ariana Mentzel is also a graduate of the Tectonic Leadership Center Conflict Transformation and Cross-Cultural Communications’s pilot workshop. Currently, Ariana is an active member of the Detroit JCRC/AJC Board. She can be contacted by email at arianamentzel@gmail.com.

Saeed A. Khan is currently in the Department of History and Lecturer in the Department of Near East & Asian Studies at Wayne State University-Detroit where he teaches Islamic and Middle East History, Islamic Civilizations and History of Islamic Political Thought. Mr. Khan is also a Research Fellow at Wayne State University’s Center for the Study of Citizenship. He is also Adjunct Professor in Islamic Studies at the University of Detroit-Mercy and at Rochester College, co-teaching a course on Muslim-Christian Diversity.

Rabbi Asher Lopatin is married to Rachel Tessler Lopatin, Wexner Graduate and Heritage Fellow who holds graduate degrees from Columbia University and the Jewish Theological Seminary.  Rabbi Lopatin was born in Oakland, CA in 1964 and raised by iconoclastic parents: they did not like Nixon and Reagan or the war in Vietnam, but they also did not like McGovern or Hippies; they were big environmentalists who joined with a diverse group to oppose fluoridation of water.  In 1972 the family moved to Jerusalem, and then, five years later, settled in Newton, MA. Lopatin was part of the Chicago educational and synagogue scene for over 30 years, from the days of Jane Byrne through Rahm Emanuel, who was an active member of the synagogue. Asher and Rachel are the proud parents of Shayna, Cara, Judah and Gideon. Recently, Rabbi Lopatin served as the president of Yeshivat Chovevei Torah, a Modern Orthodox rabbinical school. In addition to founding the Detroit Center for Civil Discourse, Rabbi Lopatin is the founding rabbi of Congregation Etz Chayim, a Modern Orthodox congregation in Oak Park, Michigan. Currently Rabbi Lopatin is the Executive Director of the Detroit JCRC/AJC.