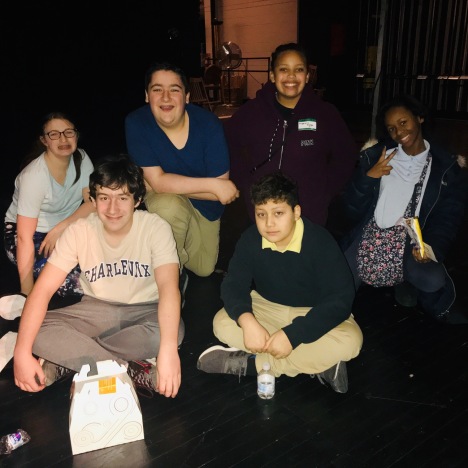 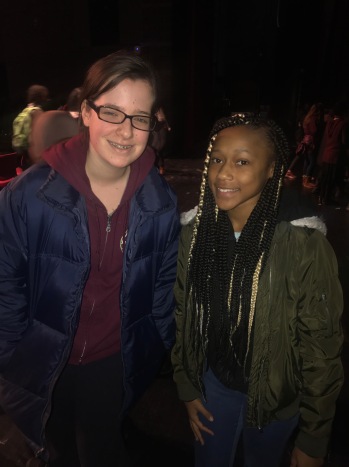 On Tuesday, January 22nd, the Detroit Center for Civil Discourse partnered with Detroit Public Schools, the Detroit Public Schools Foundation, Hillel Day School and Farber Hebrew Day School to organize a National Day of Racial Healing. Around 500 7th and 8th graders hailing from a diverse range of schools and communities (black, Muslim, Latino, Jewish, and white, and many other ethnic backgrounds) in the Detroit Metro area came together for an inspiring program at Cass Technical High School. The schools participating included Paul Robeson Malcolm X, Davison, Academy of the Americas, Franklin, Hillel Day School, and the Farber Hebrew Day School. They were divided into smaller groups such that every school was represented in each group.
The students were treated to a powerful performance by five high school members of the Mosaic Youth Theater of Detroit, a performance arts group for children and teens in Detroit. Their play, “Socialization Stew,” tackled the subject of prejudice and stereotypes towards other communities. After the play, the cast members took questions from the students on their experiences of preparing for and performing the play.
Soon afterwards, the students broke for lunches meeting their respective dietary needs like Halal and Kosher. Over lunch, each group was led by a volunteer facilitator who guided the students in getting to know each other and discussing the play.
At the end, the students wrote their own ideas for hashtags describing the event, among which were #don’tassumewhatyoudonotknow and #unite. All of the students found the program #inspiring.
We’d like to thank Jenny Lewis of Detroit Public Schools and Dr. Jeffery Robinson of Paul Robeson Malcolm X Academy for helping to organize this unifying program, as well as well as the 22 volunteers who served as facilitators. We’d also like to thank the Detroit Public Schools Foundation for funding, and the Kellogg’s Foundation for donating the snacks. Last but not least, we’d like to thank Cass Tech for opening their doors, and the schools participating.
In the words of our founder and director, Rabbi Asher Lopatin, we are “so excited to part of a growing effort to unite the Metro Detroit area with the City of Detroit–in all of its diversity.”
Below are some more pictures from this beautiful event: 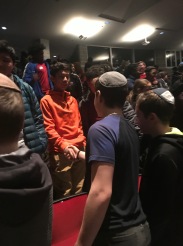 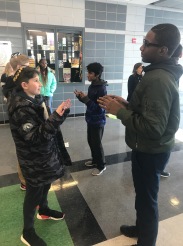 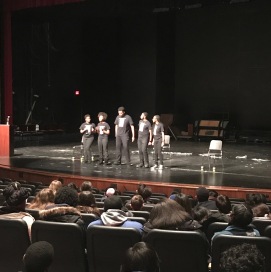 View all posts by detroitcivildiscourse